On the voxel editor, let us see the thumbnails of saved designs.

Currently, whenever you save a design on your voxel editor, the thumbnail of the design file will appear as a gear icon on the voxel editor. Assuming that this isn’t a placeholder or that thumbnails aren’t expected to replace the gears in the future, I’d suggest that designers should be able to see the thumbnails of their saved designs.

A good reason for this is because designers might not be able to guess which of their designs is which in the case they have multiple designs with long, similar titles like as seen on the screenshot down below in which the last 4 designs are arms and leg designs with quite similar, long titles, but it is hard to guess which is which as there isn’t a thumbnail showing the design, and also because the full name of the design doesn’t display which I will suggest to display on another topic. 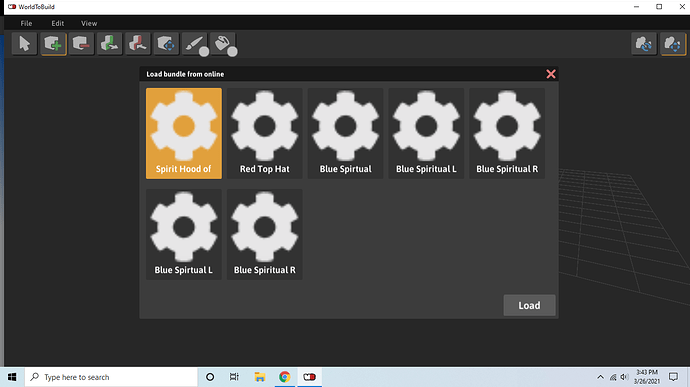